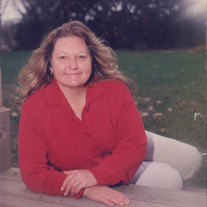 Anita Rose Mehler, age 65, passed away peacefully following a long battle with cancer on November 29, 2021. She was born on January 25, 1956 in Hawkins Co. Tennessee to Herbert H. and Lucille (nee Reed) Lawson. Anita is preceded in death by... View Obituary & Service Information

The family of Anita Rose Mehler created this Life Tributes page to make it easy to share your memories.

Send flowers to the Mehler family.