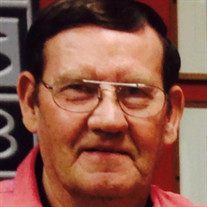 Bobby Ray Chafins (April 23, 1945-July 23, 2021) Bobby Ray Chafins, 76, of Columbus, passed away peacefully on Friday, July 23, 2021. Bobby was a man who knew no enemy. He was generous, helpful, kind, and respectful to all who knew him, and even those who didn’t. Bobby’s first priority was always his family. He was a wonderful husband of 56 years to the love of his life, his teenage sweetheart, Joyce Ann Davis-Chafins, and he was the best daddy ever to his five daughters, Teresa, Monica, Marsha, Pam, and Debbie, and absolutely adored his grandchildren and great grandchildren. Bobby loved his parents, brothers, and sisters with his whole heart, and he thought of his nieces and nephews as his own children. As his nephew, Greg Taylor, put it, “Uncle Bobby had a charm about him that made you immediately trust him and a wisdom about him that made you want to listen to him.” Bobby was truly one of the great ones, and he will be missed beyond measure. Heaven gained a special man when Bobby Ray Chafins departed this world. Bobby was born in Longbranch, KY, and he and Joyce moved to Columbus, OH in 1965 to start a life for themselves and their newborn daughter. Bobby was employed with United McGill Corporation in these younger years, and he retired from National Electric Coil in 2010 after 32 years of service. His most passionate hobby was attending car shows and cruise-ins in his ’55 Chevy Belaire. He loved classic cars (GMC, of course), and in addition to his Belaire, he owned a 1961 Chevy Corvette, 1965 Pontiac GTO, 1964 Chevy Malibu Chevelle, 1963 Chevy Impala, and 1963 Chevy Nova Super Sport Convertible. Bobby was preceded in death by his Parents, John and Mona Chafins, Brothers, Donald (Laura Mae) Chafins, JC Chafins, and Carlos Chafins, and Sisters, Gladiola (Bill) Maynard, Juanita (Bill) Boyce, and Phyllis (Carl) Martin. He is survived by his wife, Joyce Ann Davis-Chafins; Daughters, Teresa (David) Queen, Monica (Roger Shirk) Chafins, Marsha (Patrick) Cummings, Pamela (Mike) Shiflet, and Deborah (Chris) Slatzer; Grandchildren, Leslie Baker, Anthony Adams, Raymond (Kelsey) Slatzer, Taylor (Josh) Hicks, Rebecca Slatzer, Arica Adams, Ashley Shiflet, Zachary Slatzer, John Logan Shiflet, Elizabeth Cummings, and Aiden Slatzer; Great Grandchildren, Paisley Hicks, Harley Slatzer, Blakelynn Hicks, and Lucas Slatzer; Siblings, Minerva Casto, Wanda Faye (Jim) Taylor, and Linda (Howard) Hatmaker; Sisters-in-Law, Patricia Chafins, Ruby Irene Chafins, and Connie Davis; Brother-in-Law, John (Kathryn) Davis; as well as many nieces and nephews. Friends may call at O.R. Woodyard Co. Chapel, 1346 S. High Street, Thursday, July 29, 2021 from 5 to 8 pm. where funeral service will be held 10:30 am. Interment Franklin Hills Memory Gardens.

The family of Bobby Chafins created this Life Tributes page to make it easy to share your memories.

Send flowers to the Chafins family.