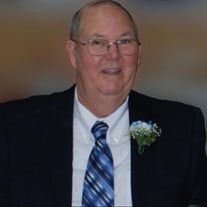 Freeman J. Wheeler, 85 of Columbus, Ohio passed away peacefully Wednesday, September 15 at his home with his family by his side. Freeman was born on June 20, 1936 in Blaine, Kentucky to the late Chester and Clora (Craft) Wheeler. He was proceeded in death by 2 sisters, Wanda Lee Wheeler and Pearleen Wheeler, 3 brothers, Leonard Wheeler, Arthur Wheeler and Elva Wheeler and a foster brother, Morton Wheeler. He is survived by his loving wife Merle (Stephens) Wheeler of nearly 63 years, daughter and son in law, Anita and Steve Ellis of Columbus, Ohio, son and daughter in law, Richard J. and Debbie Wheeler of Marysville, Ohio. They were blessed with 3 grandchildren, Brandon J. Wheeler, of Cleveland, Ohio, Sarah N. Ellis and Rachel A. Ellis of Columbus, Ohio. One sister, Lorene Wheeler of Columbus and one brother and sister in law, Virgil and Roberta Wheeler of Columbus, Ohio, sister-in-law Pauline Wheeler of Ashland, Kentucky and many special nieces and nephews. Freeman was a hard worker all of his life. He was proud to start his career as driving the first stake as an engineer at the Robert Moses Power Plant in Niagara Falls, NY. He retired from Buckeye Steel Castings after 34 plus years of hard work. Freeman was a loving and devoted husband, Dad and Papaw and cherished time with all his family. Freeman enjoyed playing basketball (in his younger years). camping, boating, water skiing and tubing with family for many years. Freeman was saved and joined the United Baptist Church in 1961. He was ordained as a deacon in the early 60s. He was a member of the Hickory Grove United Baptist Church in Mechanicsburg, Ohio. He loved his Church family and was devoted to the Lord’s work. He always had a smile on his face and was so happy to see his brothers, sisters and friends. Visitation will be at O.R. Woodyard Funeral Home, 1346 S. High St., Columbus, Ohio 43207 on Wednesday, September 22 from 6:00-8:00 p.m. Funeral Services will be held at Hickory Grove United Baptist Church, 9681 OH-161, Mechanicsburg, OH 43044, on Thursday, September 23. Family and friends may arrive at 10:00 a.m. and the funeral starting at 11:00 a.m. Elders Patrick Gilliland, Tony Blair, Todd Scheiderer, and Keith Scheiderer officiating. Burial will be at Concord Cemetery, in Grove City, Ohio following the service.

Freeman J. Wheeler, 85 of Columbus, Ohio passed away peacefully Wednesday, September 15 at his home with his family by his side. Freeman was born on June 20, 1936 in Blaine, Kentucky to the late Chester and Clora (Craft) Wheeler. He was... View Obituary & Service Information

The family of Freeman J. Wheeler created this Life Tributes page to make it easy to share your memories.

Send flowers to the Wheeler family.