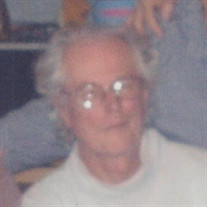 Gary Lee Smith Gary Lee Smith, age 79, of Chicago, Il. passed away August 3, 2021 at his brothers’ home in Columbus, Oh, after a prolonged illness. He was born February 23, 1942 in Gary, Indiana to his parents, the late Floyd Joseph and Mary E. {Lowry} Smith. Shortly after his birth, the family moved to Perrysburg, Ohio, where he lived until joining the United States Air Force. After serving his country during the Vietnam War, Gary returned to the states and attended college. He graduated from The Ohio State University with a degree in Electrical Engineering. He was a Member of Mensa, encouraging 4 generations to become involved. Gary loved attending regional meetings with friends and family. He enjoyed learning and was an avid reader and collector of books. As a confirmed bachelor he was known to have things the way he wanted, had a passion for 2 liters of Coke a day NO ICE and Spaghetti WITH Meatballs. Gary loved playing board games, cards and anything that challenged his mind. Despite the facade of being grouchy at times, he was one of the most caring individuals. He was predeceased by his brother Michael J Smith and Sister Christina Smith. He is survived by his brother, Christopher F Smith, many cousins, nieces, nephews, and friends. Gary was independent and called all his own shots. He will be dearly missed by those who knew and loved him. A visitation will be held at the O. R. WOODYARD CO. CHAPEL, 1346 S. High Street, Thursday, August 12, 2021 from 5 to 8 p.m. A graveside service will be held Friday at The Dayton National Cemetery (Time To be announced). A wake will be held following the internment. Details to follow.

Gary Lee Smith Gary Lee Smith, age 79, of Chicago, Il. passed away August 3, 2021 at his brothers&#8217; home in Columbus, Oh, after a prolonged illness. He was born February 23, 1942 in Gary, Indiana to his parents, the late Floyd Joseph... View Obituary & Service Information

The family of Gary Lee Smith created this Life Tributes page to make it easy to share your memories.

Send flowers to the Smith family.