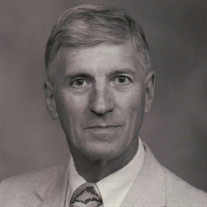 We heartbreakingly share the news that James Jay Morris passed away peacefully with family by his side. James was born in Columbus Ohio to the late Mildred and Charles Morris. James was a loving father, a doting grandfather, a wonderful and cherished son, brother, uncle, cousin and friend to many that enjoyed his colorful company. A kind and hardworking young man, James was an award-winning newspaper delivery boy for the Columbus Dispatch throughout his boyhood. This installed a lifelong work ethic as James worked until the very end, still cutting hair at The Hairdresser on East Broad Street in Whitehall, at the age of 85. James graduated from West High School, after which he entered the Army and dutifully served in Europe and in Alaska. After three years, he was honorably discharged and decided to pursue a career as a Hairdresser. As was his nature to excel, he won many awards and opened multiple salons over the years. He was proud to say that he studied with Vidal Sassoon, and was known as “The Master” and “Mr. Hair”. James was an outspoken staple in the City of Whitehall, where he coached sports, ran for the school board, and persistently wrote letters advocating for the causes he was passionate about. Never one to idle, he was usually tending to his beautiful flower garden in front of the house, or growing food in the garden behind the house. Every day, he could be found biking or walking to McDonalds for coffee, or Burger King for a breakfast sandwich. He loved meeting people and encouraging them with his clever advice. He enjoyed taking the COTA bus and attending lectures at OSU and cooking classes at Mt. Carmel. He spent his time traveling, visiting art museums, reading and writing, and was also known for his Doctor Tobias Foundation. He made it his life mission to “never stop learning”. James was a devoted father to his only daughter. He delighted in being a grandfather and spent as much time as possible with his granddaughters, lovingly known as “Papa James”. A confidant and best friend to many, a stranger to no one, he was deeply loved and is greatly missed. If you had the privilege of knowing him, please attend his Celebration of Life Memorial Service on Friday, May 20th at 11AM – all are welcome at Liberty Presbyterian Church: 7080 Olentangy River Rd. In Delaware, OH. A reception will follow. In lieu of flowers, we ask that you consider a donation of your time or money to Lifecare Alliance. https://www.lifecarealliance.org/donate/online-donation/

We heartbreakingly share the news that James Jay Morris passed away peacefully with family by his side. James was born in Columbus Ohio to the late Mildred and Charles Morris. James was a loving father, a doting grandfather, a wonderful and... View Obituary & Service Information

The family of James Jay Morris created this Life Tributes page to make it easy to share your memories.

We heartbreakingly share the news that James Jay Morris passed...

Send flowers to the Morris family.