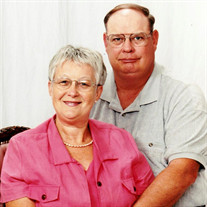 LTC Robert “Bob” Lee Waers, 68, of Groveport, Ohio, passed away on September 24th, 2021. Loving and devoted father of Michelle (Alexander) Rosenberry and Christine (Andre) Krümpelbeck (Stuttgart, Germany). He is survived by his mother, Lesta Lycans; brother Gary (Valerie) Waers; and brother David (Judy) Waers; in addition to many nieces and nephews. Bob was born in Xenia, Ohio on March 18, 1953, and earned a bachelor's degree from the Ohio State University in 1975. During his time at the Ohio State University he participated in the Army ROTC program and went on to become a lifelong Buckeye fan. Upon graduation, Bob joined the United States Army in 1975 and served honorably for over 20 years, reaching the rank of Lieutenant Colonel before retiring. During his time in the army, he traveled the world and earned a graduate degree from Webster University. During his deployment in Germany, Bob met his beloved wife Blazica, who preceded him in death in 2009. Bob was a proud and dedicated veteran, who supported several veterans charities. A devoted son and loving father, Bob was a staple in his Groveport neighborhood who was always willing to help others, whether it was offering a helping hand to a neighbor, cooking Sunday night dinners for Michelle and answering her many history questions, or caring for his mother on a daily basis. Bob enjoyed reading about military history, watching sports (especially Buckeye football and the Cleveland Browns), and visiting friends at the local tavern. Above all, Bob enjoyed spending time with his daughters, family, and friends. A memorial service in Bob’s honor will be held at 11:00 AM on October 9th at the Myers-Woodyard Funeral Home 587 Main St. Groveport, Ohio, 43125, to be preceded by an hour of visitation from 10:00-11:00 AM. In lieu of flowers or memorial gifts, donations in Bob’s honor can be made to The Wounded Warrior Project, Paralyzed Veterans of America, or Toys for Tots.

The family of Robert Lee Waers created this Life Tributes page to make it easy to share your memories.

Send flowers to the Waers family.