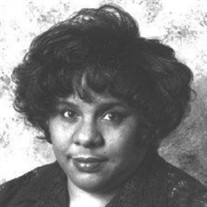 Sheila “She-She” Clarkson-Austin, 71, of Columbus, Ohio, passed away on June 4, 2021, after a prolonged illness. She was born on September 10, 1950, to Edward McKinley Clarkson Jr. and Ruth Sanders Smith, in Columbus, Ohio. She-She was a graduate of Columbus State College achieving her Associates Degree in 1985. She worked as an Interpreter in American Sign Language (ASL) for the Columbus City School District, excelling as the top interpreter in her field. Her success landed her several positions ranging from interpreting for city officials to prisoners in jail. She-She was the first ASL interpreter for the city’s annual Martin Luther King Day celebration, interpreting for actors and actresses, government officials, and sports figures who participated in the event. After retiring from the school district, she continued to teach ASL upon request to banking personnel, post office workers, and even young children with an interest. She-She was an adventurist. She loved to travel and try new things, making it to all 50 states and several countries. She was a courageous fighter and would accept every challenge head on, not allowing limitations to stand in the way of fulfilling her dreams. She-She climbed 200 steps to Pompey’s Pillar National Monument, rode horses, camels, and even motorcycles. She made sure to participate in as many tourist attractions as she could in every place she visited. She-She lived a full and undaunted life. She loved the love of her life and her children. She proudly and selflessly supported her daughter in every endeavor, including, but not limited to band competitions, track meets, basketball games, joining the military, and achieving her MBA. She-She was there cheering her on every step of the way. “She-She” was preceded in death by her parents, Edward McKinley Clarkson Jr. and Ruth Sanders Smith; grandparents, James Paul Sanders and Margaret Sanders Gale, Edward McKinley Clarkson Sr. and Myrtle Mattox Clarkson; sister, Crystal Moore. She leaves to cherish her memory her loving husband of 41 years, Glen Austin; children Monique “Nikki” RaShawnda Jennings and Ivan Laron Jennings; siblings Lloyd (Susan) Moore, Christelle Windham, Juanita Moore. Special niece, LaToya Moore and nephew, Brandon Moore. A host of nieces’, nephews’ cousins, family and friends. Friends may call Friday, June 11, 2021 from 11 a.m. until time of funeral service at 1 p.m. at the O.R. WOODYARD CO. South Chapel, 1346 S. High St. in Columbus, OH. Pastor Randy Graddic officiating. She will be laid to rest at Green Lawn Cemetery, Columbus, OH following the funeral ceremony. https://us02web.zoom.us/j/88420205921?pwd=ZS84UEpzbEo2MDBXUXIxMGkxQ0lSdz09

The family of Sheila "She-She" Clarkson-Austin created this Life Tributes page to make it easy to share your memories.

Send flowers to the Clarkson-Austin family.