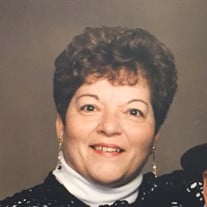 Shelvajean Antle, age 82, passed away peacefully at her home in Pataskala, Ohio on July 24, 2021. Shelvajean was born on March 3, 1939, in Springfield Ohio to Curtis Countryman and Kathleen D. Gardner (both deceased). She is preceded in death by her brother Don (Becky) Countryman (both deceased) and is survived by her sister, Belinda Chambers (Johnson). As a child, Shelvajean, lived in many places including Monrovia, California and Columbus, Ohio. At the age of 9, she and her brother Don won several talent contests playing their guitars at the Great Southern Theatre including the grand finale where she beat a teenager named Gene L. Antle, whom she would marry 20 years later. In 1957 at the age of 18, she married Joe M Williams (deceased) and had 3 children: Cathy Jo Williams (deceased), Marlina Jo Williams (Pataskala, Ohio) and Joe Marlin Williams Jr. (Rancho Cucamonga, Ca). They divorced in 1965. She worked many places including the 3M Company in Grove City, Ohio. Here she met her second husband, Gene L Antle. Gene was a widower with 3 children, Lisa Jo O’brien (Pompano Beach, Fl), Michael Gene Antle (deceased) and Mark Richard Antle (deceased). After a brief courtship, Shelvajean married Gene on Dec 13, 1968. They were married almost 49 years at the time of Gene’s passing in 2017. Shelvajean was a kind person. She enjoyed spending time with her family, her friend Judy Irvin (Thornville, Ohio), playing cards, fishing, reading biographies, playing Bingo and she loved the stray cat, Go Home, that adopted her. (Gene always told him to Go Home whenever he came around and that name stuck). Shelvajean is also survived by her 3 granddaughters, 3 grandsons and 1 great granddaughter. Many nieces and nephews. And her good friend and cousin, Lorrie Potter Woodford (Greenfield, Ohio). Shelvajean will be laid to rest at Wesley Chapel Cemetery next to Gene, Michael and Mark. In lieu of flowers, please visit an elderly family member or friend. These visits meant so much to Shelvajean.

Shelvajean Antle, age 82, passed away peacefully at her home in Pataskala, Ohio on July 24, 2021. Shelvajean was born on March 3, 1939, in Springfield Ohio to Curtis Countryman and Kathleen D. Gardner (both deceased). She is preceded in death... View Obituary & Service Information

The family of Shelvajean Antle created this Life Tributes page to make it easy to share your memories.

Shelvajean Antle, age 82, passed away peacefully at her home...

Send flowers to the Antle family.