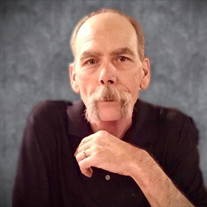 Thomas Russell Burns, age 62, passed away unexpectedly on Saturday, October 16th, 2021 at home. He was born on May 6th, 1959 in Portsmouth, OH. He graduated from Walnut Ridge High School. Thomas is survived by his loving wife of 33 years, Jill Burns. His daughters, Shanna (Mike) Browning, Rikki (Ray) Suen, Lesley Dennis, Ashley (Tony) Burdette, Alaina Burns and finance’ Jeff Smith, Jenna (Jesse Wood) Burns. Grandchildren, Mikey (Kate), Abbie, Trevor and Marcus Browning, Logan, Leo and Luke Suen, Hunter Dennis, Owen and Connor Burdette, Ivy and Sage Wood. Great-grandchildren Baleigh, Lacey, Colton and Rhenn Browning. Siblings, Larry Burns, Karen Loborough, Libby (Ron) Thomas, Mark (Lois) Burns, Linda Evans and Kathy (Keith) Hatton. He was also survived by many nieces, nephews, cousins, friends and co-workers. Thomas is preceded in death by Father, James William Burns. Mother, Phyllis Irene Burns. His brothers, Jack Richard and James Mathew Burns and Cousin Chris Burns. Great-grandson, Baby Mikey Browning. Thomas worked as a Parts Pro for Advanced Auto Parts until he was no longer able to work in 2004. He worked for various other companies including Steego, Big A and Parts Plus Inc. He was the ultimate Ohio State Buckeyes and Cleveland Browns fan. He loved motorcycles and was never happier than when he was riding. Including being a long time member of the Wolf Pack Motorcycle Club with his wife, where he was known as Tomahawk. One of his favorite moments was going to Sturgis in 2000 to see his favorite band, Jackyl and being invited backstage by Jesse James Dupree’ because his recognized Thomas and Jill from Columbus, OH. He loved being at the family cottage and on the river with his girls. Above all, he loved being a husband, father and poppaw to his many grandchildren. Thomas was famous for this quote so he would have said "This is brought to you by Snake-Woo Cigarettes".

Thomas Russell Burns, age 62, passed away unexpectedly on Saturday, October 16th, 2021 at home. He was born on May 6th, 1959 in Portsmouth, OH. He graduated from Walnut Ridge High School. Thomas is survived by his loving wife of 33 years,... View Obituary & Service Information

The family of Thomas Russell Burns created this Life Tributes page to make it easy to share your memories.

Send flowers to the Burns family.